Umami was founded in Zeeuws- and West-Flanders, a region that excels in gastronomy. The collaboration between 2 companies that have long been active in skin care has led to the creation of “UMAMI.”

Umami is a Japanese word which means “deliciousness” or “savoury”. Our taste buds aren’t just sensitive to the 4 basic flavours: salt, sweet, sour and bitter, because there is a fifth flavour, namely Umami.

The Japanese professor Kikunae Ikeda described a 5th basic flavour in 1908 when tasting a bouillon that was based on seaweed. He was convinced that this flavour was unique and couldn’t be created with the 4 other basic flavours. To Professor Ikeda this new flavour was a pleasant flavour experience so he named it Umami, the Japanese word for delicious. 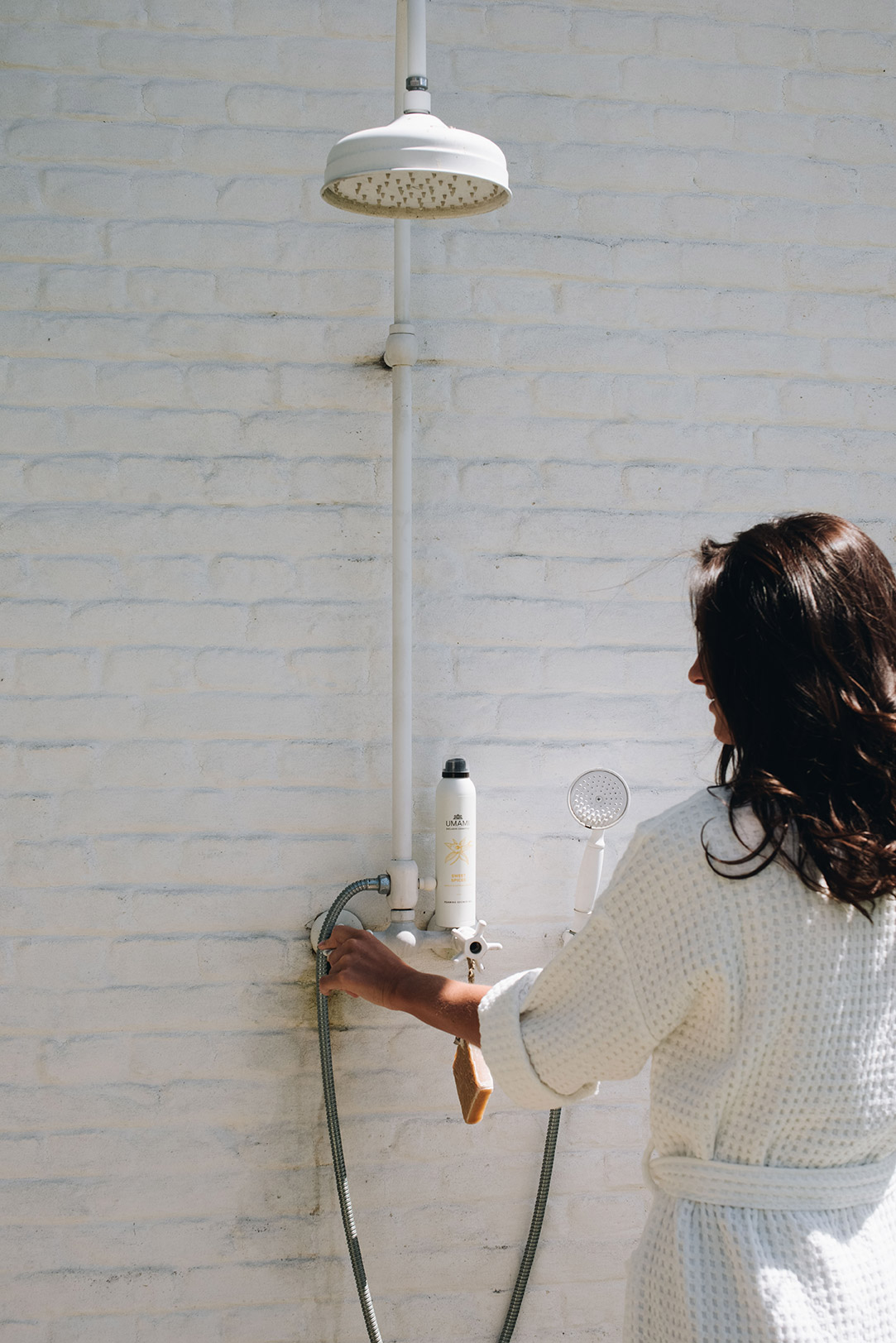 Describing a flavour is always difficult, especially for the umami flavour which cannot be retraced to the four basic flavours. Terms such as savoury, meet flavour and bouillon like are often used when trying to describe the umami flavour. As of yet not a single Western language has been able to describe the fifth flavour in their own words. That’s why everyone keeps using the Japanese name.

This story was the inspiration to unite surprising flavour combinations in a unique fragrance experience, with a positive effect on body and mind. UMAMI products are surprising and daring, perfectly balanced (fragrance) combinations.

UMAMI products are new, refreshing and irresistible. Moreover, they are free of parabens and of the highest quality. The delicious fragrances derive from surprising and unique combinations of ingredients. 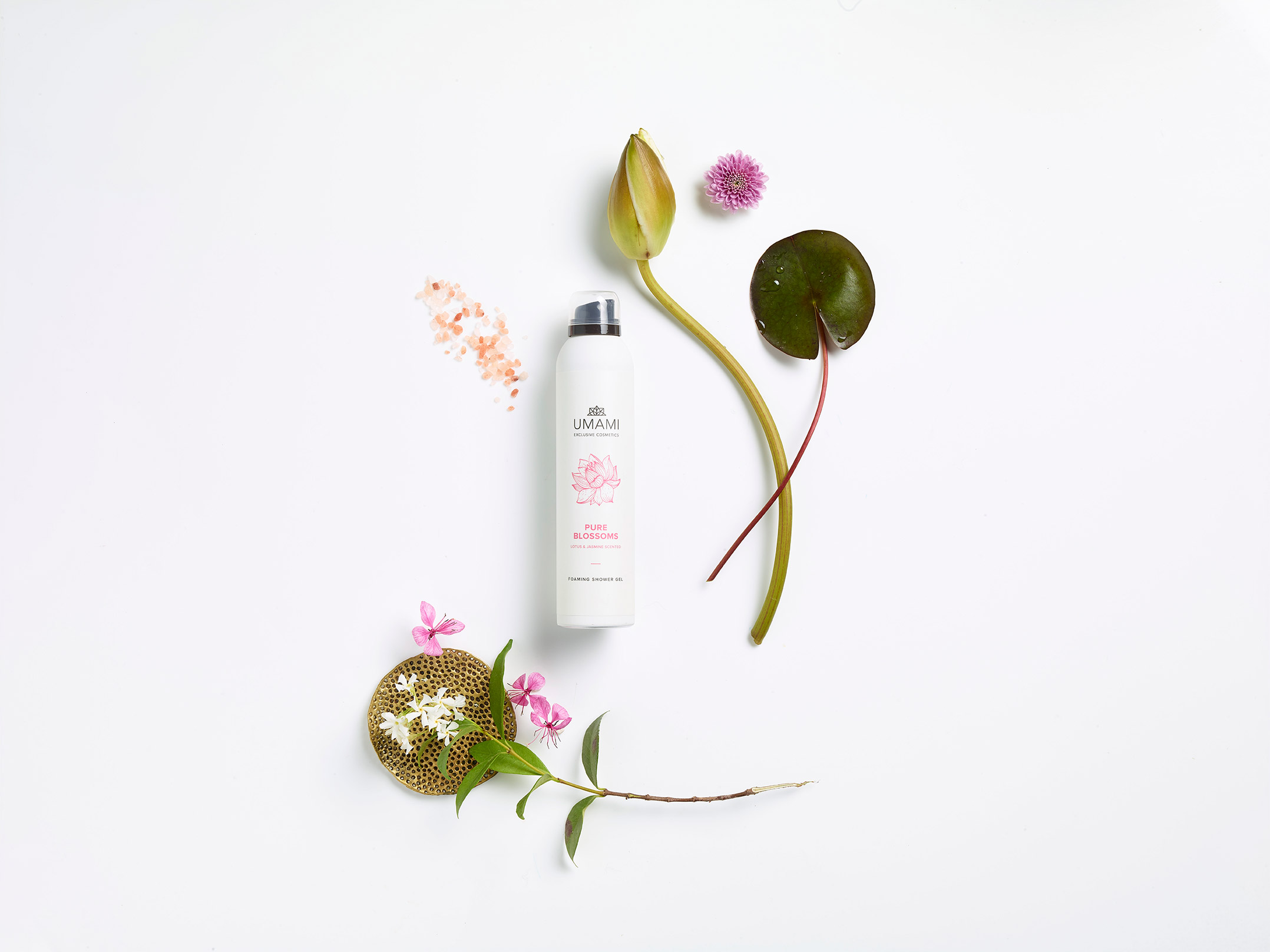 Pure blossoms
A classic, full of positive properties. Lotus and Jasmin contribute to a warm, floral aroma with an exotic note. Has a calming and relaxing effect on body & mind. 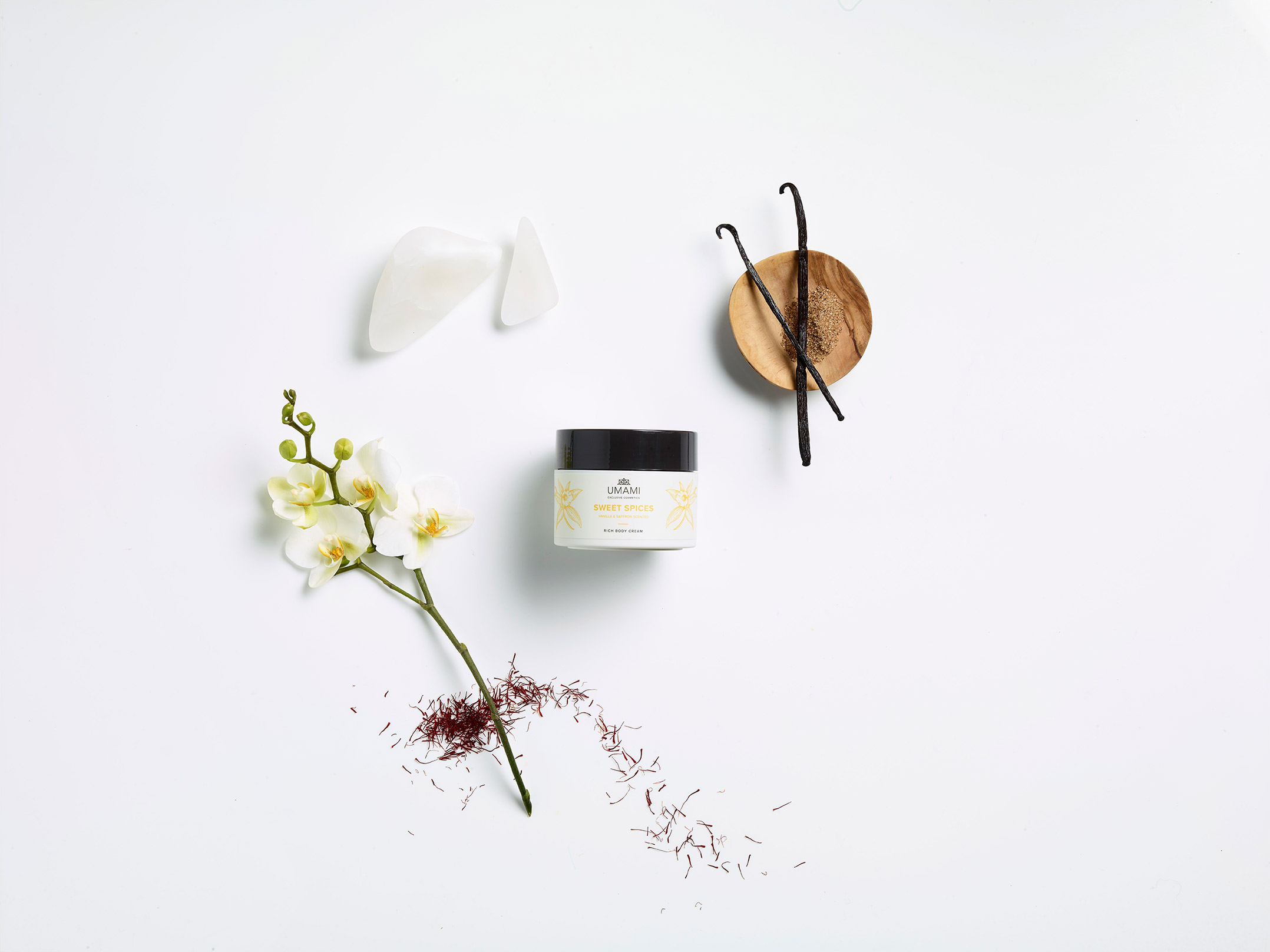 Sweet spices
The use of valuable ingredients resulting in a soft, sweet scent of vanilla paired with an herbal touch of saffron. Ideal for velvet soft skin with a tough scent. 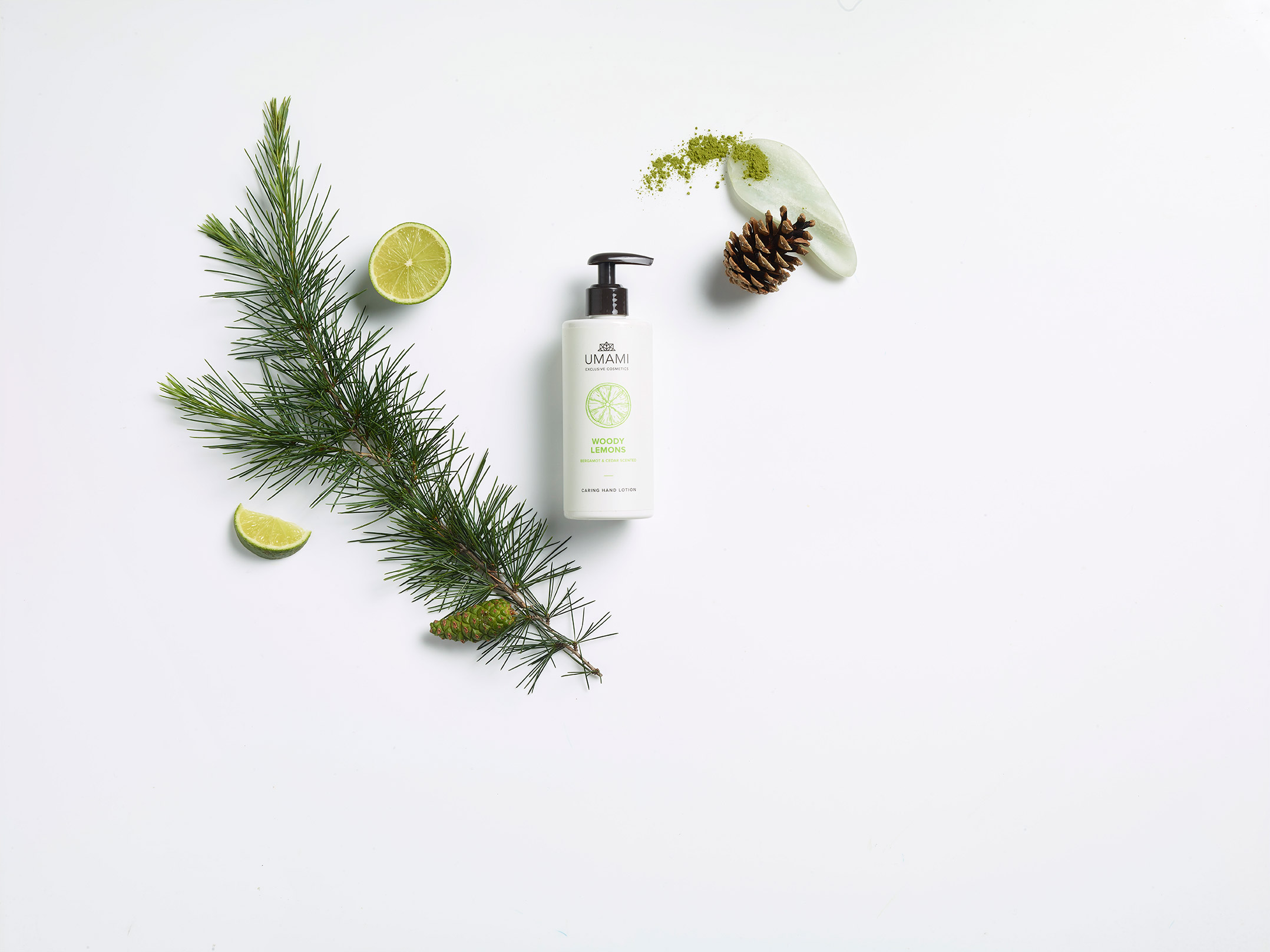 Woody lemons
The mild scent of citrus perfectly combines with the sweet, mature scent of cedarwood. This unique combination has a refreshing and revitalizing effect on the skin.

Fresh leaves
The use of Japanese mint in combination with a subtle, herbal finishing touch of ginger, creates a warm, floral aroma with an exotic note. This combination has a calming and relaxing effect on body & mind. 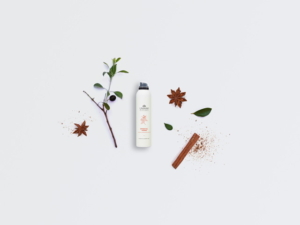 Page load link
We use cookies on our website to give you the most relevant experience by remembering your preferences and repeat visits. By clicking “Accept All”, you consent to the use of ALL the cookies. However, you may visit "Cookie Settings" to provide a controlled consent.
Cookie SettingsAccept AllReject All
Manage consent

This website uses cookies to improve your experience while you navigate through the website. Out of these cookies, the cookies that are categorized as necessary are stored on your browser as they are essential for the working of basic functionalities of the website. We also use third-party cookies that help us analyze and understand how you use this website. These cookies will be stored in your browser only with your consent. You also have the option to opt-out of these cookies. But opting out of some of these cookies may have an effect on your browsing experience.
Necessary Always Enabled
Necessary cookies are absolutely essential for the website to function properly. This category only includes cookies that ensures basic functionalities and security features of the website. These cookies do not store any personal information.
Non-necessary
Any cookies that may not be particularly necessary for the website to function and is used specifically to collect user personal data via analytics, ads, other embedded contents are termed as non-necessary cookies. It is mandatory to procure user consent prior to running these cookies on your website.
SAVE & ACCEPT
Deze website maakt gebruik van cookies en diensten van derden. Ok
Go to Top